The Primaries are on August 24: Republicans, Democrats and Independents, it’s Your Turn to Have Your Voice Heard 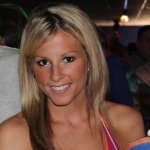 My fellow Class 23 classmate, Mike Cassidy, wrote a great blog earlier this week that left everyone with the message of the only wrong vote is the one not cast.

I of course, could not agree more. What’s really important to understand is that your vote doesn’t only matter in the general election, but it matters just as much (if not more) in the primary election, when parties will choose the candidates to represent them in the general elections. On August 24, you will have your chance to go out and vote in the primary election.

A recent article in the Arizona Republic from Bill Hart, a senior policy analyst at the Morrison Institute for Public Policy at ASU, stated that most Arizonans “seem oblivious to the primaries.” Typically, only about 25 percent of registered voters turn up to vote.

Yet, Hart points out that typically, primary election voter turnout from Independent voters is significantly lower than both major parties. He believes that this is because most Independent voters simply don’t know that they can vote in the primary election. The fact is: they can. Independents who wish to vote in any Republic or Democratic primaries (excluding only Arizona’s presidential preference-election) can request the appropriate ballot at their place of polling; their status as a registered independent is not affected. In a separate article by Robert Leger in the Scottsdale Republic, Leger states “the primary election is the election that matters. If you skip it and wait until November, someone else has already made the decision for you.”

Harts other reason for Arizona being “oblivious” to the primaries, is that Arizonans are lazy voters. Let’s prove him wrong! We have the opportunity, no matter what party we stand for, to choose the candidates that will be on the ballot for the general election in November.

Mark August 24 on your calendar, see you at the polls!