A Bird’s Eye View of Water and Power

Scottsdale Leadership’s Core Program provides its students with a bird’s eye view of the City of Scottsdale: its people, its culture and history, and the intricate infrastructure required to support it.  A lucky few recently had a different bird’s eye view – from the windows of a Bell 212 helicopter, compliments of Salt River Project (SRP).  Along with an impressive sight-seeing excursion, it was also an amazing lesson in the waterways and power sources which SRP manages across the state. 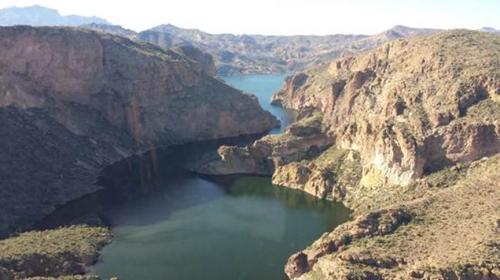 Hydro, coal, methane, natural gas, desalination, surface water, drought-planning… SRP has been a leading company in the valley for decades, dating back to the reclamation act in the early 1900s for the privately-owned water division of the company, and the ‘20s for the publicly-owned power division which serves over 950K+ customers.  Legend tells that Arizona’s waterways were first designed by early native tribes, then later re-built and improved upon using ideas from people such as C.C. Cragin who came to town with a visionary design for water flow; a great challenge for a state with very low annual rainfall.  At the time he was run out of town for radical ideas which may have been simply ahead of their time, however C.C. Cragin’s has since been described and recognized as a utility artist. 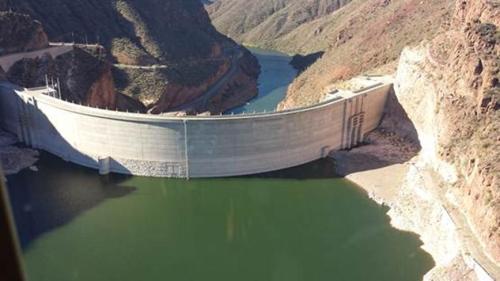 Our sincere thanks to our new SRP friends Mark Campbell, Jason Dudley, and our pilot John, for an impressive day – check-mark on the bucket list for taking a helicopter ride!

A few knowledge nuggets from the day:

AS SRP continues to plan ahead 20-30 years for our water needs, and 10 years ahead for our power usage, think about what you could do to make a difference TODAY!  What are your ideas?