Technology is Intimately Interwoven into our Lives 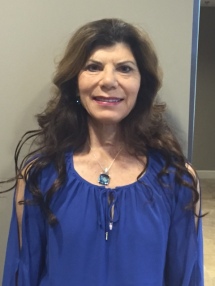 Technology is intimately interwoven into our lives. Because our lives are so very different, I am certain that everyone in Class 31 came away from Technology Day with different insights into their particular relationships with devices, applications, and change.

To describe what happened to me, let me take a slight detour into Michael Lewis’ new book, The Undoing Project, which describes Danny Kahneman’s role in creating a revolution in psychology. Lewis includes a story about Kahneman’s approach to training Israeli farmers in the 1960s who were constantly faced with technological upheaval.*

“Reforms always create winners and losers,” Kahneman said, “and the losers will always fight harder than the winners.” Kahneman was convinced that rather than bullying or trying to sell people on a particular change, you were better off identifying the reasons for their resistance, and addressing those. “Imagine a plank held in place by a spring on either side of it,” Kahneman said to his students.  How do you move it? You can increase the force on one side of the plank, or you can reduce the force on the other side. In one case the overall tension is reduced, and in the other it is increased. To Kahneman, reducing the tension seemed the obvious choice: “Make it easy to change.” 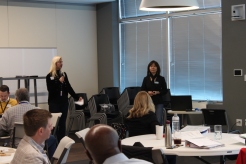 That was the key insight that I had on Friday, and it was Dr. Elva Lin’s discussion that prompted me to recognize it. My French friend, who rents 3 Paris apartments she owns, is losing her income because AirBnB renters don’t have to meet the same legal requirements that she must meet. My friends who are taxi drivers in France, and who have always earned a decent income for their families, are unable to make ends meet as Uber drivers significantly reduce their customer base. My husband, who retired from a career as a photo-journalist for all the major newspapers in Chicago, watched with dismay and disbelief as the Chicago Sun-Times laid off its entire 30-person photo department and gave their reporters Iphones. His paper, the Chicago Tribune, which rivaled the New York Times 20 years ago, has spiraled downward as it lost its readership to become a terrible newspaper in every respect. Dr. Lin helped me see how I allowed all of these personal experiences with companies who are unable to adapt to lead me to “identify with the losers.” I was embroiled in digital Darwinism.

But as Dr. Lin walked us through Web 2.0 to Web 5.0, and gave examples of the advantages and marvels of what lies ahead, she opened my imagination to the transformative and liberating aspects of future innovations that are floating just over the horizon. Who can deny that millions of people will receive better healthcare, improved education, and greater safety from the technological innovations that loom just ahead? Dr. Lin reminded me of how many ways my life is improved — in fact, saved, if you consider my recovery from cancer — through technological change. 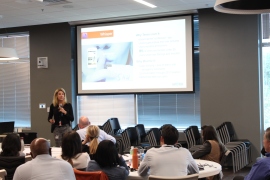 I know that Scottsdale Police Detective Tanya Corder’s presentation about social
networking and the vulnerability of children gave many Class 31 members more than any parent wants to know, even as they were grateful to the warnings Detective Corder offered.  Earlier in the day, I heard many colleagues talking with enthusiasm about the news from Steve Zylstra, who described the significant employment opportunities that are coming as high-tech companies discover the advantages of relocating and expanding their operations in Scottsdale and the Valley.

Each of us had our own take-away from the day, but I think it is safe to report that Technology Day touched each of us with a sense of immediacy and urgency about how we understand the changes that are coming and the role those changes will play in our lives.

One response to “Technology is Intimately Interwoven into our Lives”